Protecting your family, your business and your future by leveraging
large firm resources with a personalized, small firm approach

A native of Manaus, Brazil, Aline Wright lives in Columbus, Ohio, with her husband of fifteen years, Butch, and their ten-year old son, Ian Andrew.

Aline Wright worked as an attorney for the Social Security Agency of the State of Amazonas – AMAZONPREV in Manaus, Brazil, from 2005 to 2018; previously she worked as a private attorney (2003-2005) and legal assistant (1997-2002). She remains bar certified to practice law in Brazil. Aline joined Lardiere McNair, LLC, as a legal assistant in August 2019. 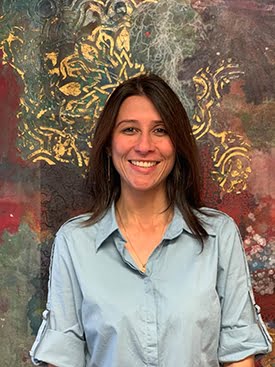 For my first lawyer that I needed to represent me, I was doing my research. With Sunni I felt a connection. When you feel a connection, that’s when you can trust someone. Sunni and the firm are really mindful of the clients’ needs and their time. I feel like they did an exceptional job.

Law is a complicated matter. It can cause you a big problem if you ignore it. Let us help you!
Giving Back